Issued as a supplement to "Parlee Plus. Creased from having been folded. What makes Biblio different? Facebook Instagram Twitter. Sign In Register Help Cart 0. Cart 0 items. Toggle navigation. Telephone From Bolerium Books Inc. The Fone Book: vol. One can only speculate on the forces that have discouraged gay and lesbian preservationists from organizing to promote the interests of their own communities: a powerful combination of fear, isolation, caution about being pigeonholed, and an alienating ethic of professionalism that shuts its practitioners off from aspects of their own identity at least during working hours, if not for longer periods.

Even the most vocal advocates for gay rights fear damaging the cause of preservation by stating our grievances. But in spite of the risks, some of us feel a profound need to reconcile our identities as gay people and devoted preservationists. In the words of Paula Martinac, the author of the first national guide to gay and lesbian historic sites, The Queerest Places :. Having emerged from a culture of shame to find pride in our identity, many gay and lesbian preservationists are profoundly troubled by the way our heritage is represented at historic properties: the glaring omissions, deafening silences, misleading euphemisms, and outright lies we repeatedly encounter in relation to our gay heritage and our gay lives.

For this reason, gay preservationists, buoyed by a broader movement for social, political and cultural equity, are likely to become the principal advocates for improving the protection and interpretation of their heritage. So too, a number of groups at the periphery of the preservation movement potentially are important allies. A new generation of scholars researching gay and lesbian history provide a foundation for documenting places significant in the past. The Daughters of Bilitis, founded in San Francisco in , was the first lesbian social and political organization in the United States.


Gay and lesbian communities have nurtured their own grassroots history projects for more than a decade, 14 in the form of oral history programs, archives, exhibitions, and, more recently, maps and guides to historic sites and buildings in cities such as Boston, New York, Seattle, and Los Angeles. While these projects have increased public awareness of gay and lesbian heritage, to date there have been no efforts to secure landmark status for the historic properties identified on these maps, or to develop on-site interpretive programs.

A partnership between community history projects and local preservation organizations might provide the right mix of skills needed to improve the protection of these resources. During the past two years, the preservation movement has taken the first steps toward gaining greater visibility for gay and lesbian heritage. Gradually, gays and lesbians within the staff and membership of the Trust have gained space for addressing their concerns.

Within each category, public controversy surrounding the protection and interpretation of these sites is likely to crystallize along predictable lines, for which preservationists should be prepared to respond.


Sites already designated as landmarks are perhaps the most obvious places to begin remedying omissions and the distortions in the presentation of gay and lesbian history. For the most part, these take the form of historic houses associated with notable individuals, 20 many of which are open to the public and have ongoing interpretive programs, but where little is said about the sexual orientation of the prime subject.

Nevertheless, enough is known about the sexual and affectional preferences of many major American figures to justify remedial action that honestly addresses the facts at historic places devoted to their lives and accomplishments. 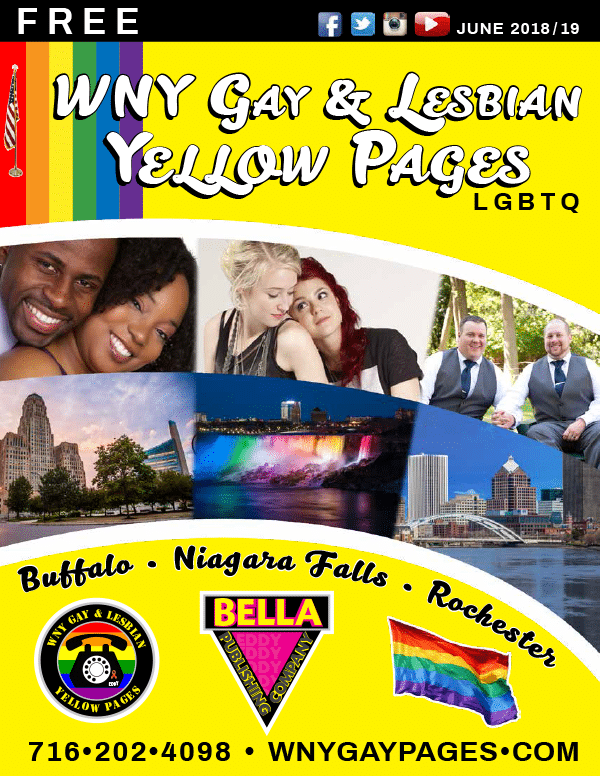 Beyond the historic houses associated with notable individuals, there is a pressing need to interpret and preserve places associated with the emergence of homosexual community and identity, 30 many of which meet the year threshold required to qualify for National Register listing. Landmarks of this period include:.

In rare cases, this sort of site has been added to the list of properties on landmark registers for reasons having nothing to do with its queer connections. But because most historic places significant in gay and lesbian history are completely missing from landmark registers, this broad category of properties needs to be surveyed so that individual properties can be assessed for potential listing in the National Register as well as its state and local equivalents. A preapplication has been filed with the California State Historical Resources Commission that will begin the process of evaluating its eligibility for listing in the California State and National Registers.

Properties such as these are sure to serve as flashpoints for controversy, since a significant portion of the American public still objects to homosexuality on moral and religious grounds. Nevertheless, preservationists and historians have a professional responsibility to tell the truth about the past, and to help the public to distinguish between acknowledging historical reality and placing a government stamp of approval on it. If it is even possible to get beyond the political controversy, major issues remain about the relative significance and physical integrity of the surviving historic properties.

A third category of properties, consisting of sites and buildings connected with the gay and lesbian movement from onward 41 raises the issue of preserving the recent past, and promises to draw preservationists directly into alliances with the gay community. These include places such as.

Ultimately, gay and lesbian history may have an even broader reach. If a shared fear is that the preservation movement will be drawn into the Culture Wars, and alienate conservative segments of its membership, 48 perhaps, the best hope is that an honest and direct approach to this subject will lead to new alliances and a broader constituency for preservation founded on a genuine appreciation of the diverse heritage of the American people.

Advocates for improving the preservation and interpretation of gay and lesbian history are likely to find support in several quarters. First, taking on this issue is likely to release new energy from gay people in the preservation movement, who have been eager for affirming policies and initiatives. Second, willing partners are likely to be found in the ranks of the historical profession and grassroots history groups, where an enormous amount of original work is being done to document gay and lesbian history. One avenue for getting out the word is a thriving gay media, reflected in dozens of national and innumerable local periodicals which have yet to feature many articles on gay leaders and activists in the preservation movement, historic places of interest to gay travelers, or preservation issues relevant to the gay community.

Finally, support for implementing a gay preservation agenda is likely to be found in some segments of the marketplace, 49 particularly the real estate and travel industries. The existence of well-defined gay neighborhoods in most American cities, and real estate agents who explicitly market their services to the gay community, suggest potential alliances.

The preservation community has long been aware of the connection between gay people and the revitalization of urban neighborhoods, although for many years this issue was framed exclusively in pejorative terms as "gentrification. The emergence of a gay travel market led to the establishment of the International Gay and Lesbian Travel Association more than 15 years ago; it now numbers more than 1, travel professionals.

Perhaps both organizations might be persuaded to find a common meeting site and agenda in the future. The rise of this segment of the travel industry suggests that in their time off, gay people may be seeking a holiday not so much from a heterosexual world as a homophobic one. From the perspective of the preservation movement, however, it still has tremendous untapped potential for promoting tourism connected with gay and lesbian heritage. One tour operator is featuring a gay history canal tour as part of its travel packages for the August Gay Games, which will be held in Amsterdam, and for years there has existed a Pink Plaque Guide to London.

Since this issue is such a new one for the preservation movement, an agenda for improving the protection of gay and lesbian heritage is only now in the formative stages, and debate about strategies and tactics looms in the future. In the interest of sparking a broader discussion, I offer my own tentative list of priorities. This agenda for change is not merely wishful thinking. While advocates for improving the preservation and interpretation of gay and lesbian history are sure to encounter resistance, more acceptance and support may exist than is commonly imagined, even in places far removed from the gay havens of Greenwich Village, Dupont Circle, North Halsted Street, Capitol Hill, and the Castro District.

Perhaps gays and lesbians along with other allies in the preservation movement can help to persuade the ladies leading the Pendarvis tour, as well as the institutions that manage major historic properties such as the homes of Willa Cather, Walt Whitman, and Eleanor Roosevelt, that it is acceptable to utter the terrifying words homosexual, gay, lesbian, or even the newly reclaimed queer in their presentations, if they go on to explain why it is relevant and what it may have meant in a particular time and place.

A previous version was published in Coming Up! December :